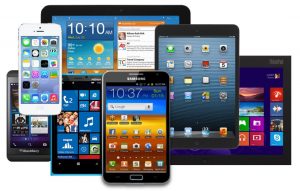 Put down your mobile devices and smell the roses.
Over the last decade, I have encountered an increase in patients who are reporting higher levels of stress. According to the American Psychological Association (APA) many Americans have admitted to having an increased level of stress as a result of the significant amount of time spent on their mobile devices. The APA conducted a survey and concluded that Americans admit to constantly checking their social media, texts and email and thus have formed an unhealthy attachment to their devices. Parents also report their struggle in limiting their children’s screen time. Further inquiry into their screen time habits reveals their difficulty balancing addictions, their neglect of others, or their own personal self-care.

1-800-985-5990
24/7, 365-day-a-year, national hotline dedicated to providing immediate crisis counseling for people who are experiencing emotional distress related to any natural or human-caused disaster.